Peter Vallance has been promoting at the Findhorn Foundation’s Universal Hall for many years.  This unique venue, within a spiritual community and eco-village, was firmly placed on the map by Mike Scott from the Beach Boys.  Mike stayed for a while in the 90’s and performed for the residents who were blissfully unaware of his fame.  He went on to perform there three times per year, bringing both local people and others from all over the world.  Famous artists soon wanted to play there too and now it is a lively venue with a year round programme events.

One visitor to the hall came with a lot of press attention, but a lack of clothes.  In December 2004, ‘Who bares wins’, a play by local theatre company; ‘Right Lines Theatre Productions’, was billed at the hall.  It was based upon the naked rambler, Steve Gough, who had been arrested several times across the Highlands. Steve wanted to attend the play, and it was decided that Findhorn would be the best place for him to go to as his nudity would be more accepted there.

The Universal Hall is an important place for Euan Martin and Dave Smith.  It was Euan attending the play, ‘Hard Pressed’, there that gave birth to Right Lines Theatre Productions.  The ‘cheese play’ as it is known, was Dave’s first play and based upon a Highland made cheese that was a known aphrodisiac.  He and Euan had been in a touring ceilidh band in the mid-80’s, known as ‘The Reel Aliens’; Dave had then gone on to be part of ‘the Clown Jewels’ and ‘The Cartoon Theatre’ whilst Euan worked full time as a social worker.  Euan told Dave about a play he had in a drawer at home, that was to become the duo’s first play, known as ‘the accidental death of an accordionist’. The play toured in 2001 and 2002 and since then they have had many more successes, most recently with ‘the isle of love’ 2018. 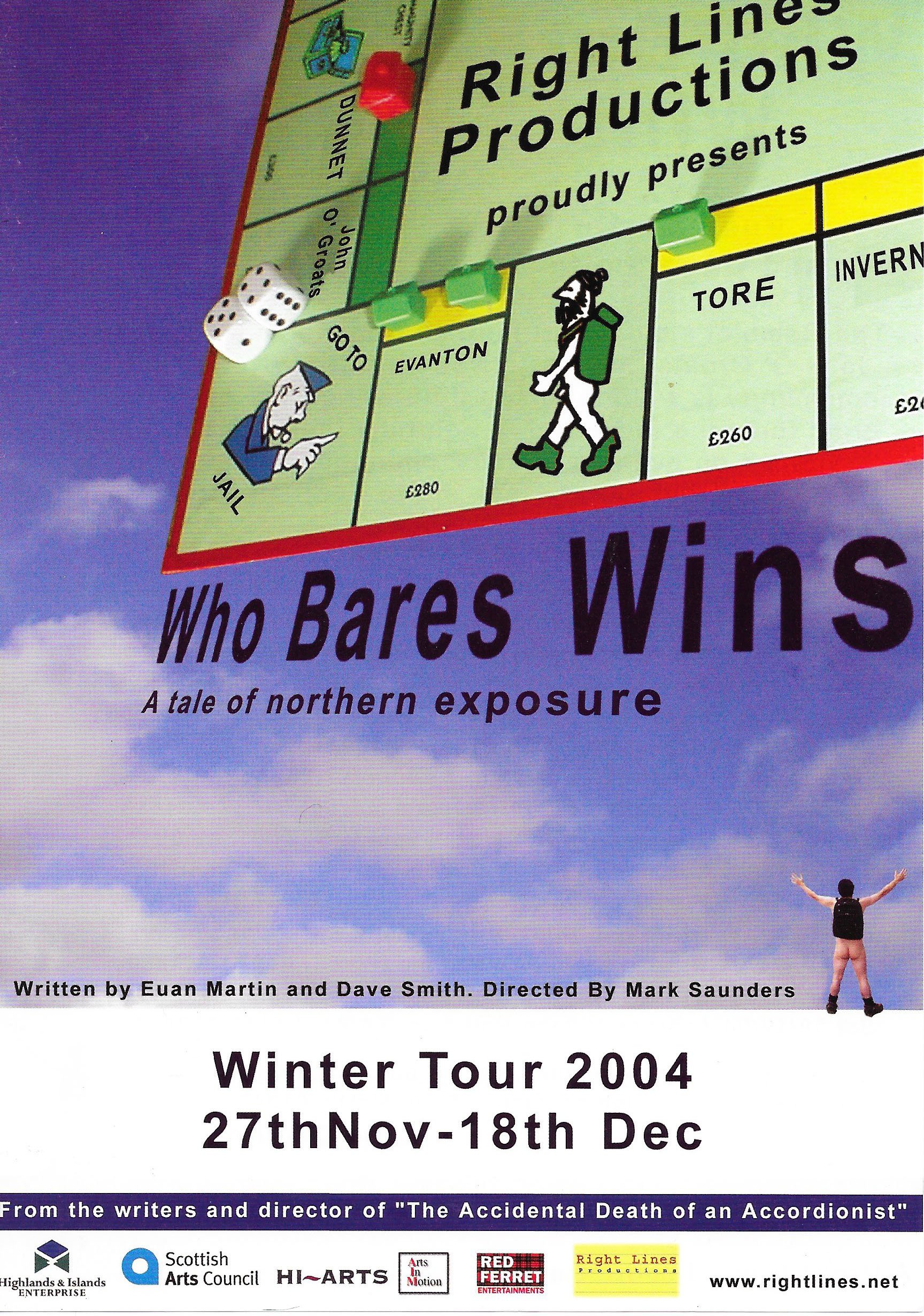