After a hilarious set at the Craigmonie Centre, Drumnadrochit, Bill Bailey was surprised to see that none of the audience were preparing to leave.

He stopped and started until Fran (centre manager and promoter) whispered, “you need to draw the raffle mate!”  Having never come across this before, he was stunned; it was a scene of much hilarity. 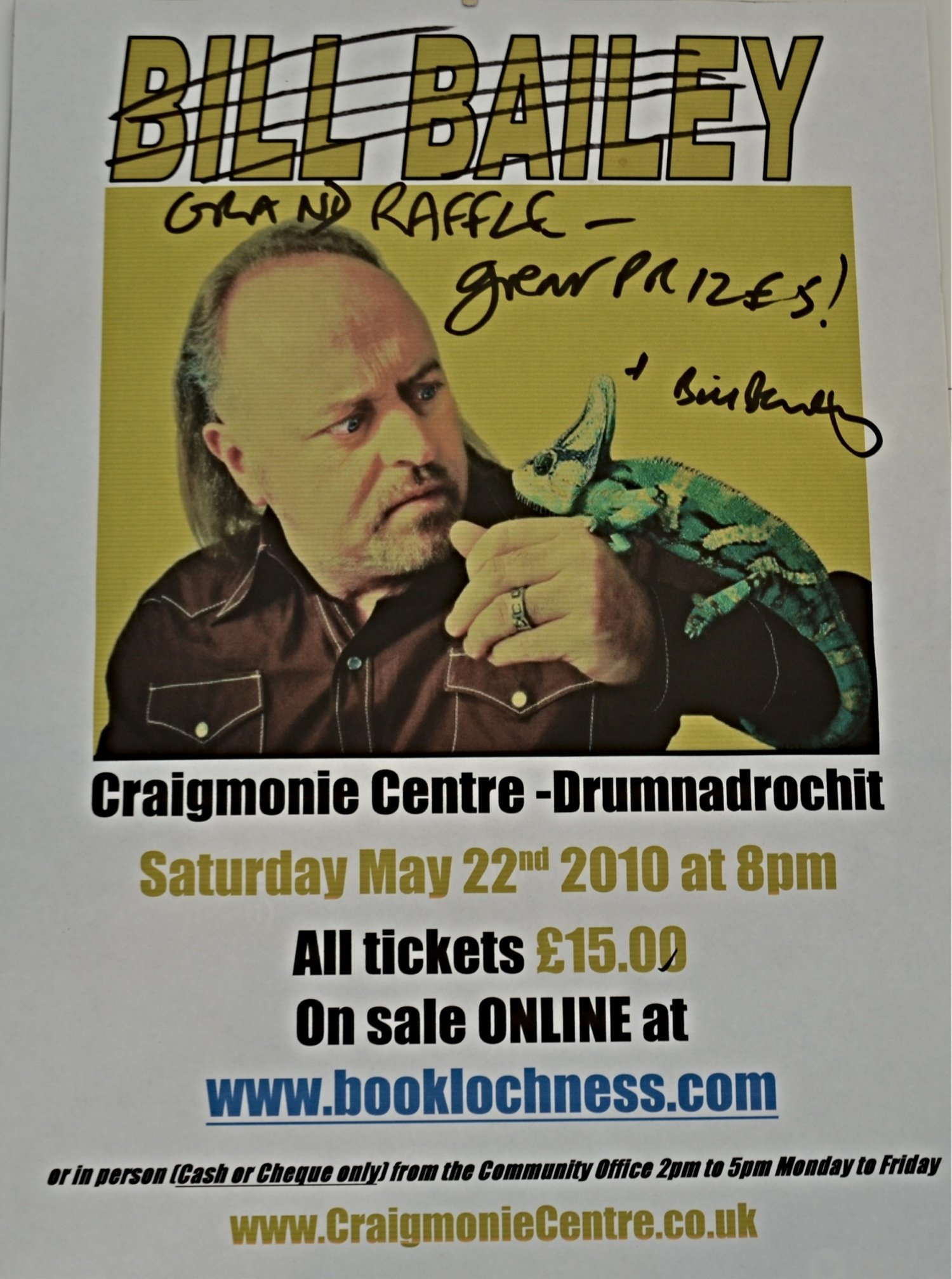