Michael Marra plays his last ever gig at Resolis Hall

“Michael Marra came in our 2nd year [of promoting] and we pledged we would have him every other year if he was available.  He was just a fantastic character and he was kind of like the Patron Saint of Resolis Community Arts.

Saturday 5th September 2009, he was a real star of the show – they brought in a baby grand piano for him – he was legendary for playing a small keyboard on an ironing board! … he had this ironing board with him and he’d stick the keyboard on it and play, and he’d carry that everywhere but if you could get a well tuned good piano in for him he really thought that was fantastic! That night he was sensational!

He touches people’s experiences. He’s quite political and I think people appreciate that. He was able to take them to a different place and he was able to create stories that people could relate to and it was always just a wonderful wonderful night whenever he played.”

David Gilbert and Bill Alexander of Resolis Memorial Hall, Black Isle talking of the community’s special relationship with Michael Marra who went on to play his last ever solo gig in March 2012 at the Hall before he passed away. 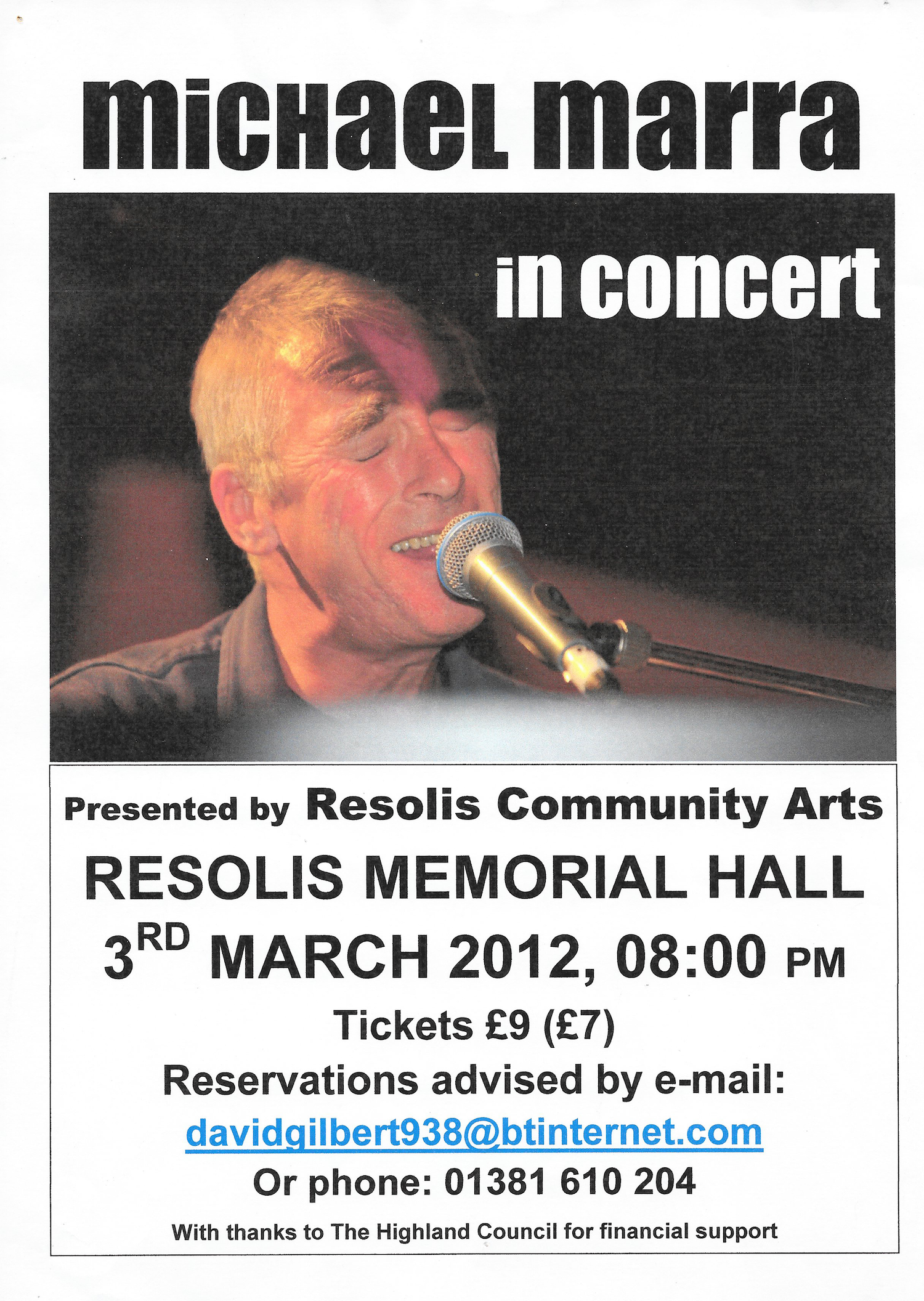 ← The Scottish Ensemble play at the Clan Donald Centre, Skye, 1988 First ever meeting of Promoters in the Highlands →