The Scottish Ensemble play at the Clan Donald Centre, Skye, 1988

“We’ve had some amazing gigs in here – Shooglenifty, Salsa Celtica, and some big names like Mark Radcliffe & Foes, KT Tunstall, Rachel Sermanni, and some big name comedians – at the end of last year we had Jeremy Hardy up here and he came and stayed with us!

The first time we had Scottish Ensemble, we had 100 people jammed in there. The whole of Scottish Ensemble, and it was one of the first major things I’d done like that. I was really quite on edge because I thought ‘Scottish ensemble – really important people!’. It was so jam packed full that when it came to the beginning, there were no seats. So I sat down on the front edge of the performance space – and it was that wonderful moment when the performance starts and you say to yourself ‘right guys – I’ve done my bit – I’ve got this audience in here – it’s up to you now’. That really stuck with me. I was sitting on the corner, weeping…”

Duncan MacInnes, Programmer at SEALL and founding member of Promoters Arts Network (PAN) talking about his early days as a promoter when putting on The Scottish Ensemble at the Clan Donald Centre, Skye in 1988. 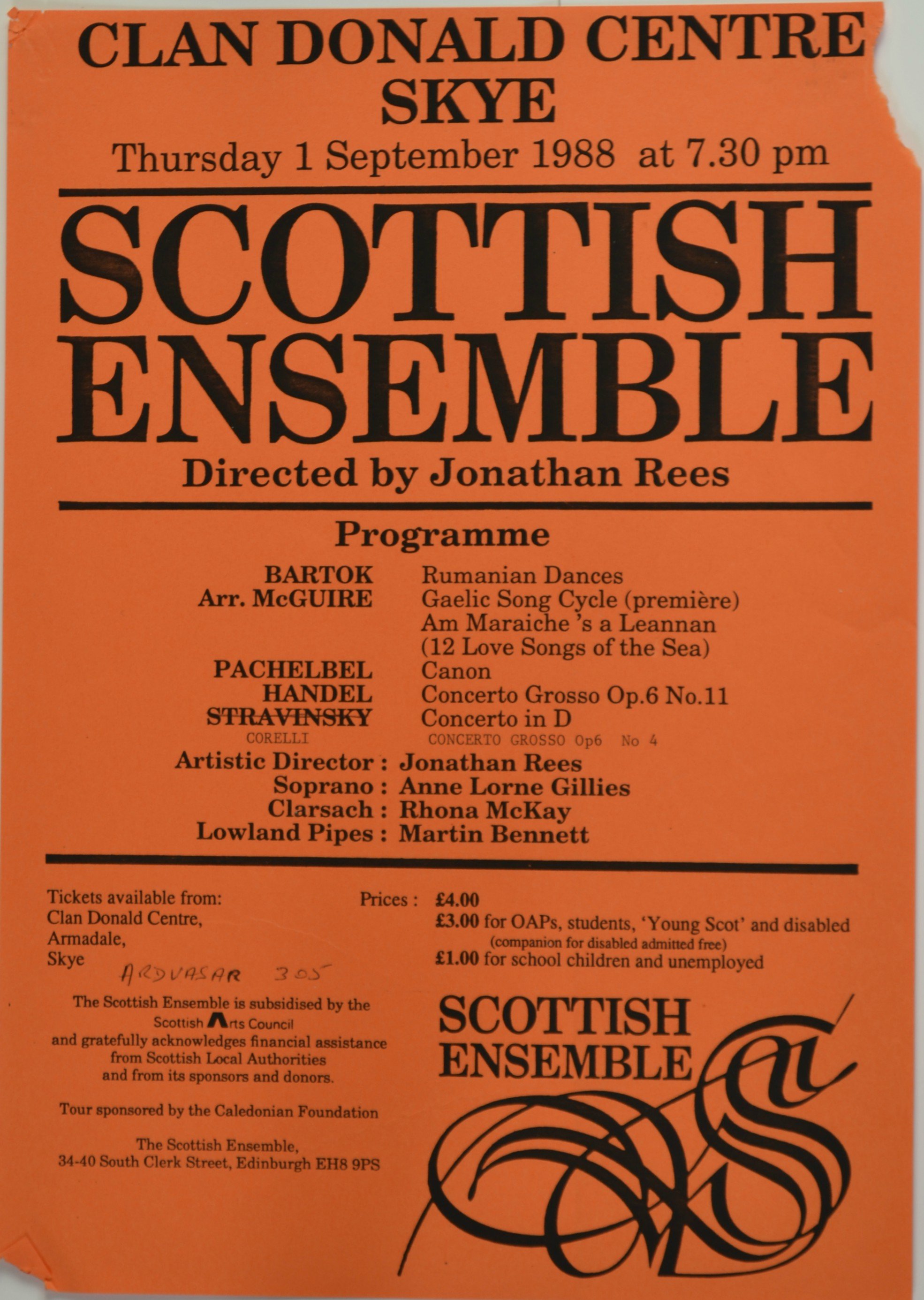