The Sounding of the Carnyx on Knockfarrel

“One of the events was the sounding of the Carnyx on top of Knockfarrel. Knockfarrel was an ancient place, a vitrified fort and would have been home to the Pictish people who played the Carnyx. To be on top of Knockfarrel with Martyn Bennett, Ridiculusmus, and John Kenny (Scottish Chamber Orchestra) and Elizabeth Sutherland my mentor; and Nigel Osborne, it was an astounding and incredible event. Elizabeth told stories about the Picts living around Knockfarrel, and then John Kenny got out his Carnyx; first of all he made a sound to the North, then he sounded to the South and to the East and to the West; and to each of the four corners he echoed sounds from the distant North, from the distant South, from the distant East and the distant West. So, it was a gathering of cosmically, or musically channelled energy to the spot. It was incredible. Then we gathered in the centre and he performed some of Nigel Osborne’s music; and Nigel wept, and Martyn wept, and we all wept, and it was incredible and very moving. We started with this story and ended with this piece of music and it connected us in time, back to the Picts, which is what Nigel had wanted to do with this piece of music for the Carnyx.” 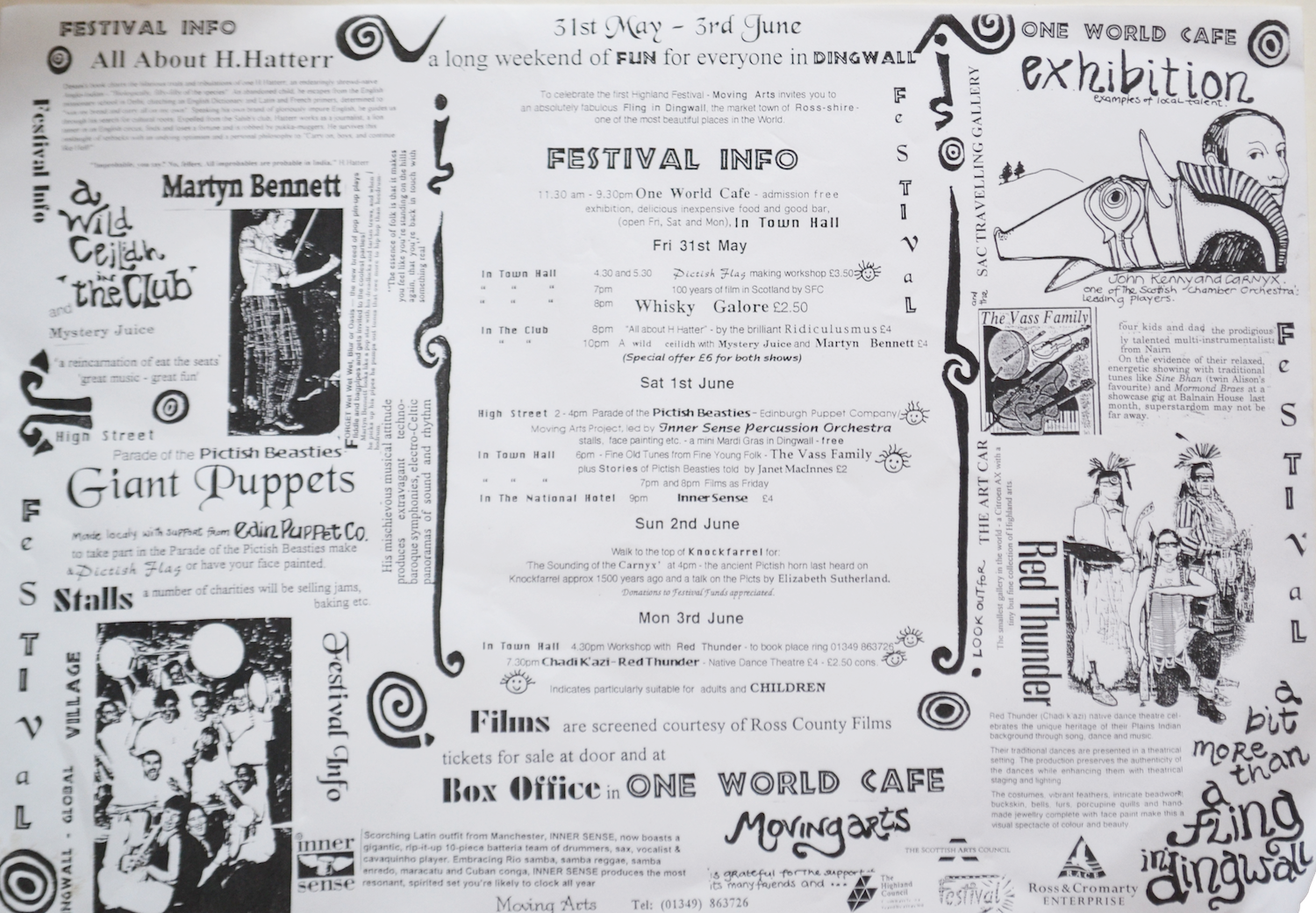